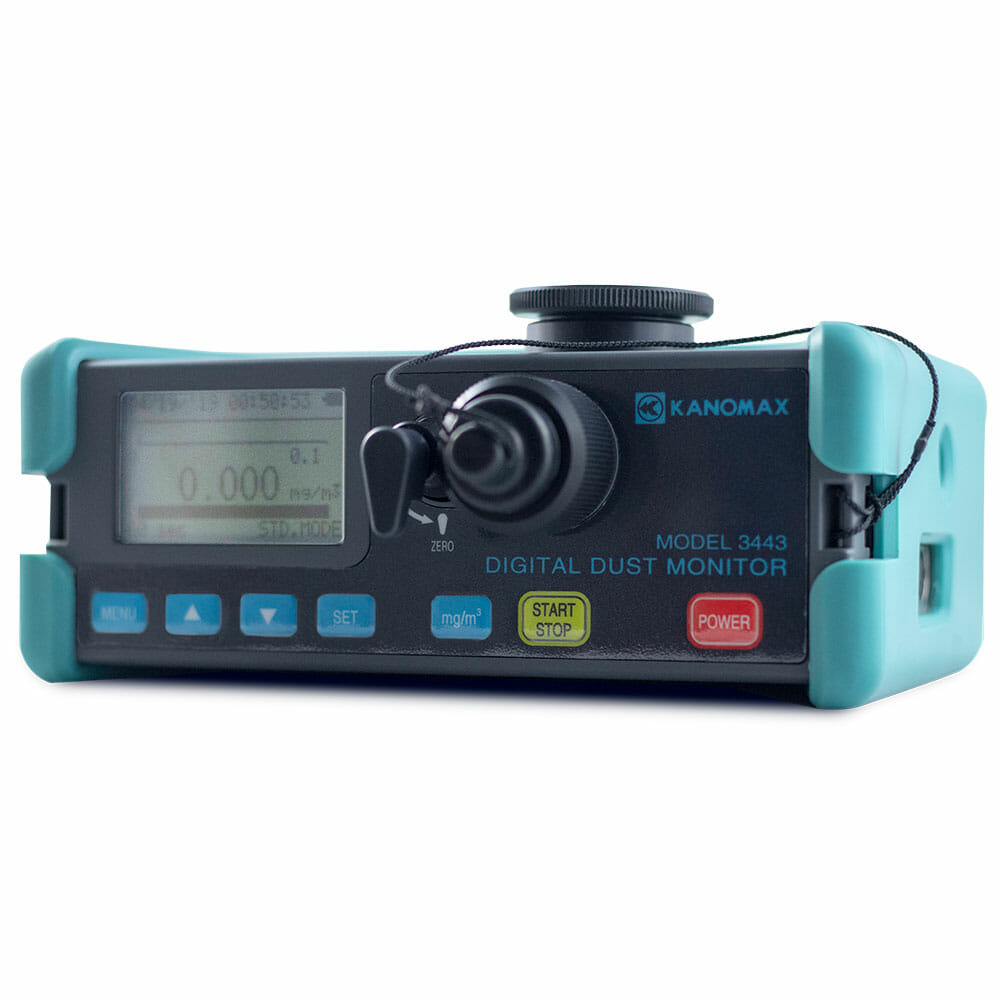 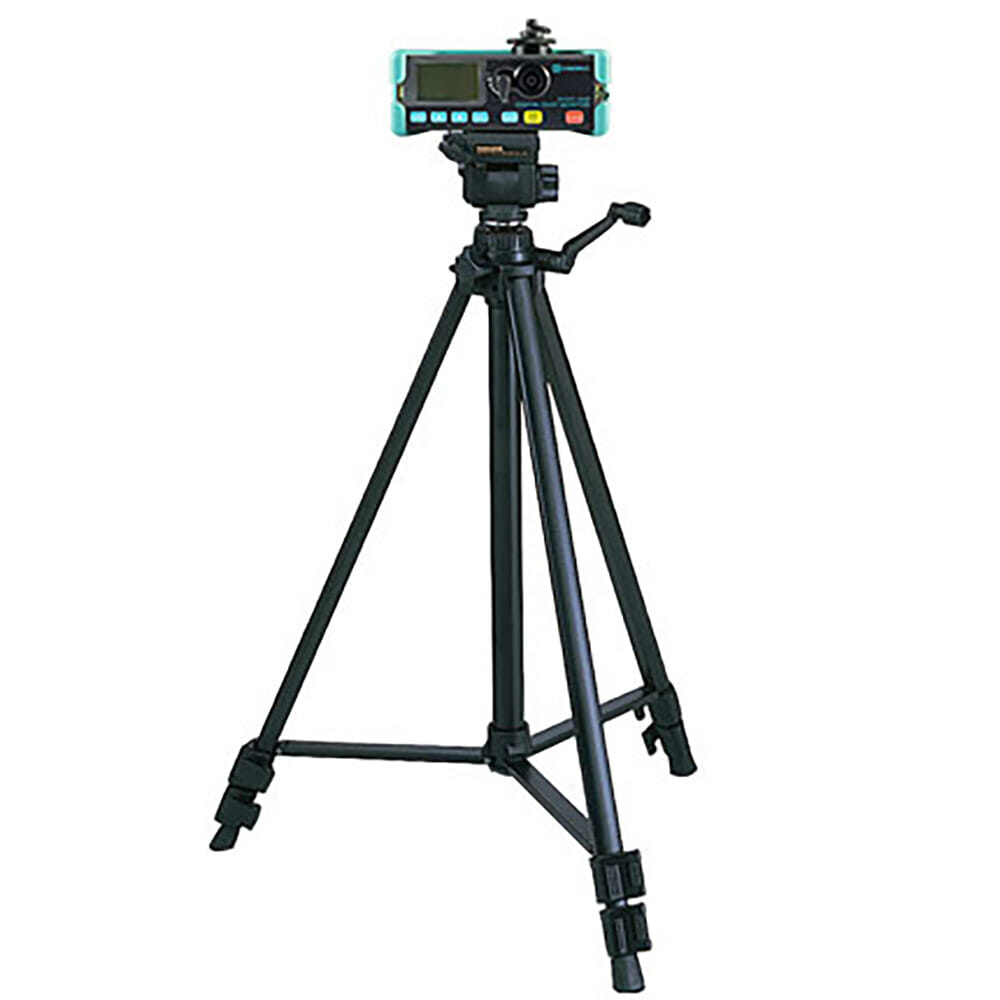 The Kanomax Digital Dust Monitor – Model 3443 measures aerosol concentrations corresponding to PM10. The intake isolates the aerosol sample so that the optics chamber is kept sterile for improved reliability and low maintenance. The unit measures 0.1 to 10µm particle size aerosol contaminants such as fumes, dust, smoke and mists. It is battery-operated, data-logging, light-scattering laser photometer that gives you real time aerosol mass readings. It is also suitable for clean office settings well as harsh industrial workplaces, construction and environmental sites, and outdoor applications.

How does our light-scattering method Dust Monitor work?

What is PM, and how does it get into the air?

PM stands for particulate matter (also called particle pollution): the term for a mixture of solid particles and liquid droplets found in the air. Some particles, such as dust, dirt, soot, or smoke, are large or dark enough to be seen with the naked eye. Others are so small they can only be detected using an electron microscope. Particle pollution includes:

These particles come in many sizes and shapes and can be made up of hundreds of different chemicals. Some are emitted directly from a source, such as construction sites, unpaved roads, fields, smokestacks or fires. Most particles form in the atmosphere as a result of complex reactions of chemicals such as sulfur dioxide and nitrogen oxides, which are pollutants emitted from power plants, industries and automobiles.

What does a dust monitor measure?

What types of dust monitors does Kanomax offer?

What’s the difference between the two types of monitors?

Could you explain what a K-factor is and why I need it to use the model 3443?

Do the dust monitors come with a calibration certificate?

Yes, all our instruments come with a NIST TRACEABLE CALIBRATION certificate.

How often does the unit need to be calibrated?

Annual calibration is recommended to ensure accuracy. However, this can vary based on how often the dust monitor is used and the environments it’s used it. Also, some companies have an SOP in place that specifies how often the instrument will need to be serviced. More specifically, regulatory compliances may dictate the calibration interval. 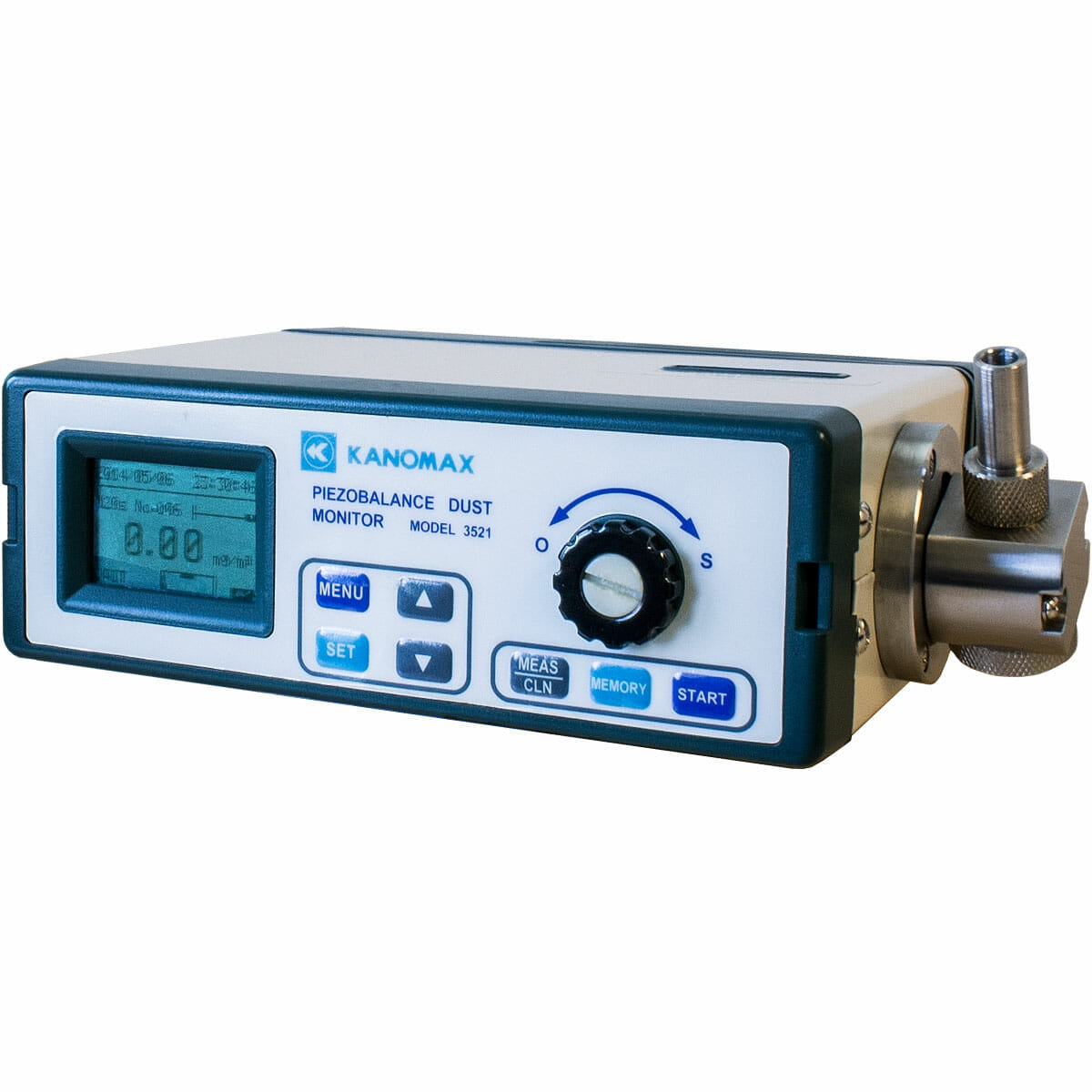 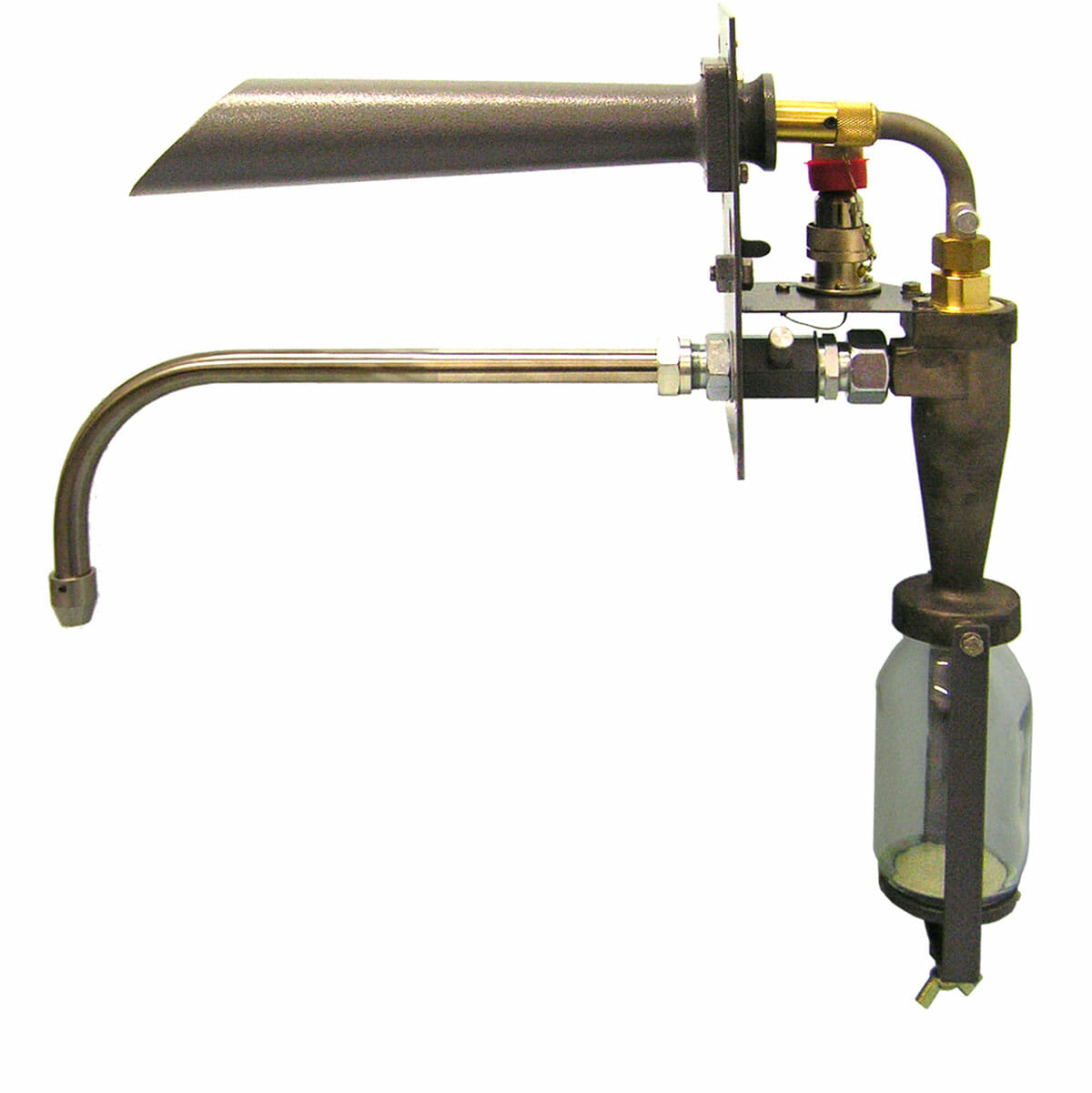 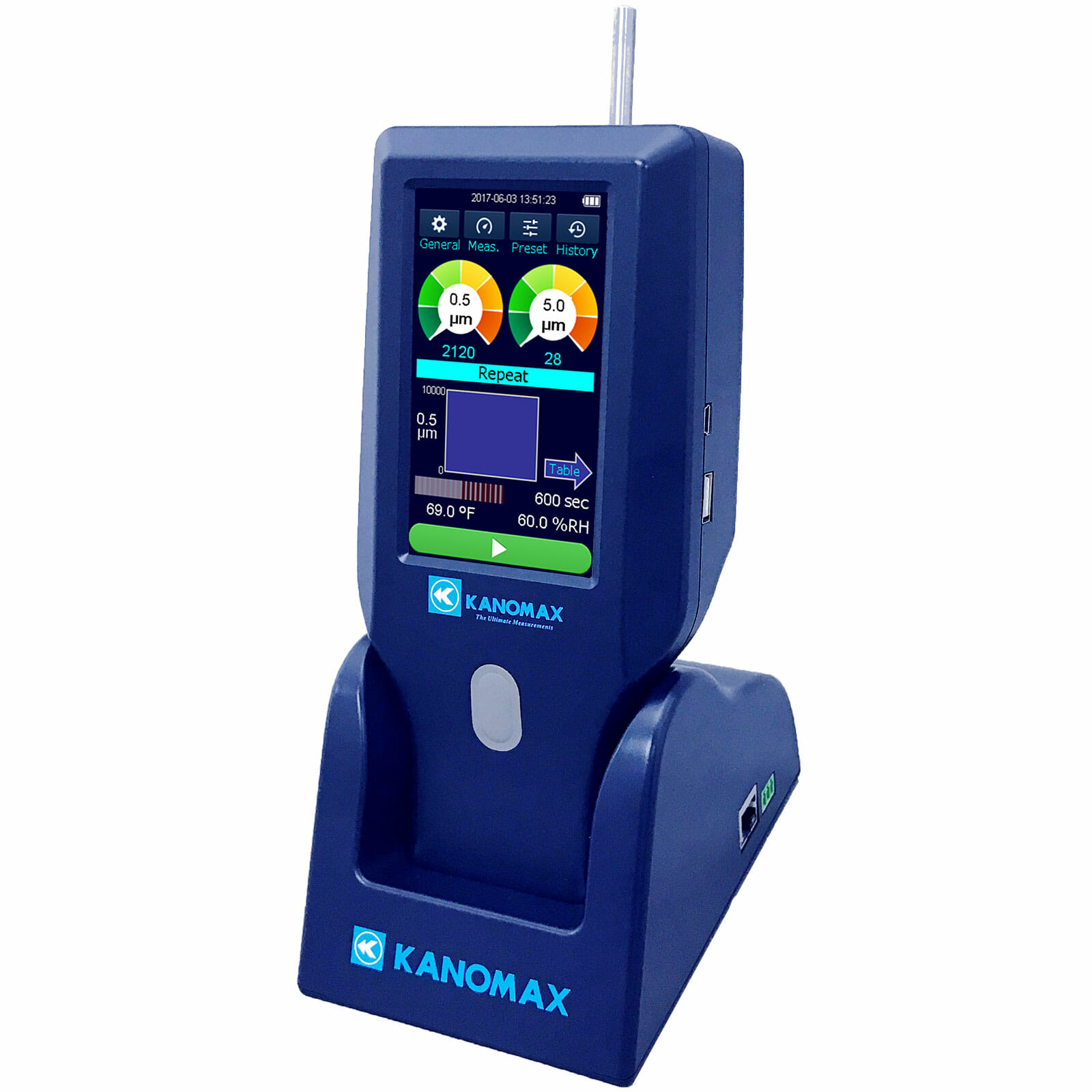 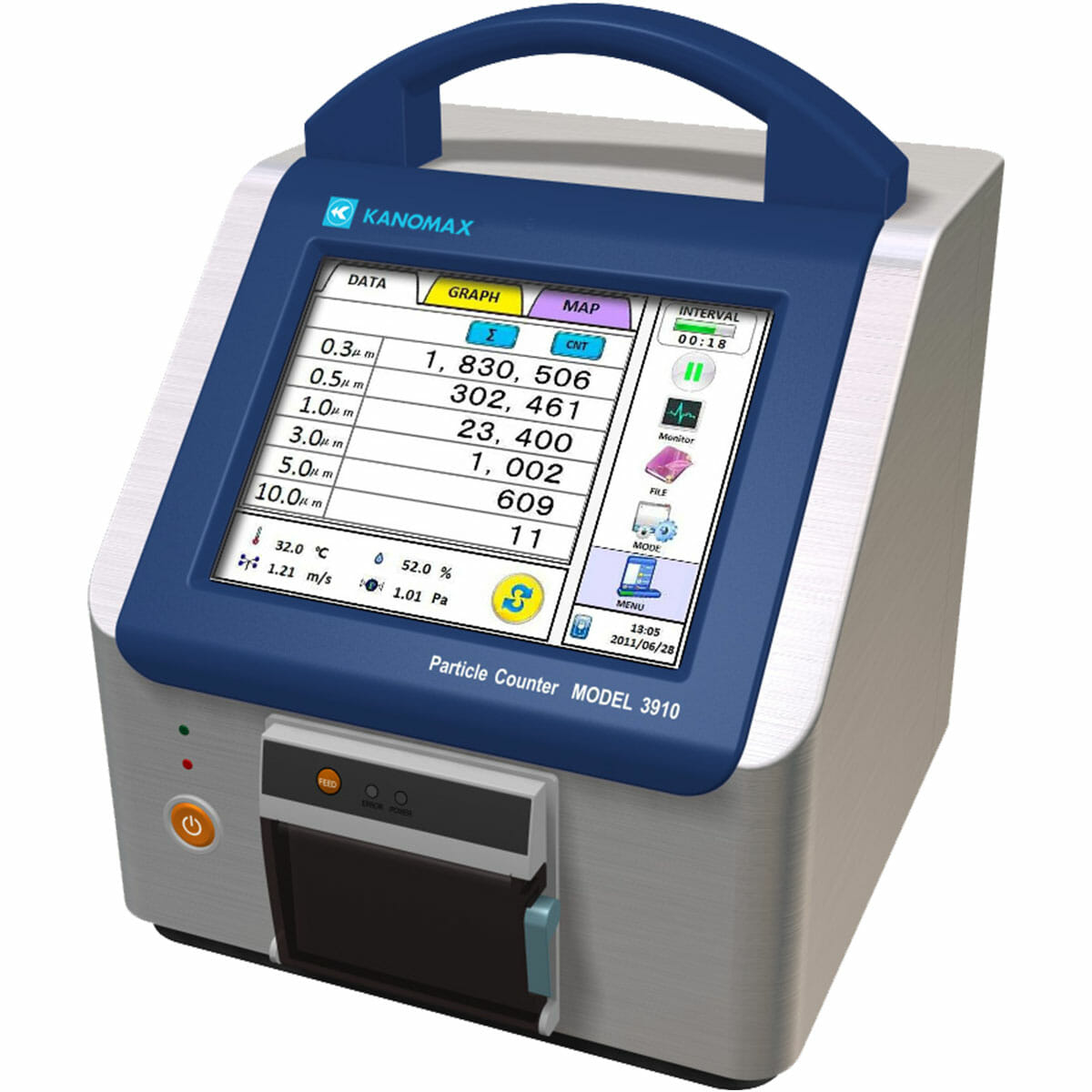